Have you heard of the seven deadly sins?

Historically, they were pitfalls to avoid on the road to virtue – including things like greed, sloth, and envy.

But what if there were weight loss deadly sins – things you could avoid, which would dramatically increase your chances of being successful losing weight?

Today, we’re going to talk about the seven sins we should avoid, nutritionally, and how we approach the goal of getting fitter.

1. Putting Too Much Of An Emphasis on Tracking* 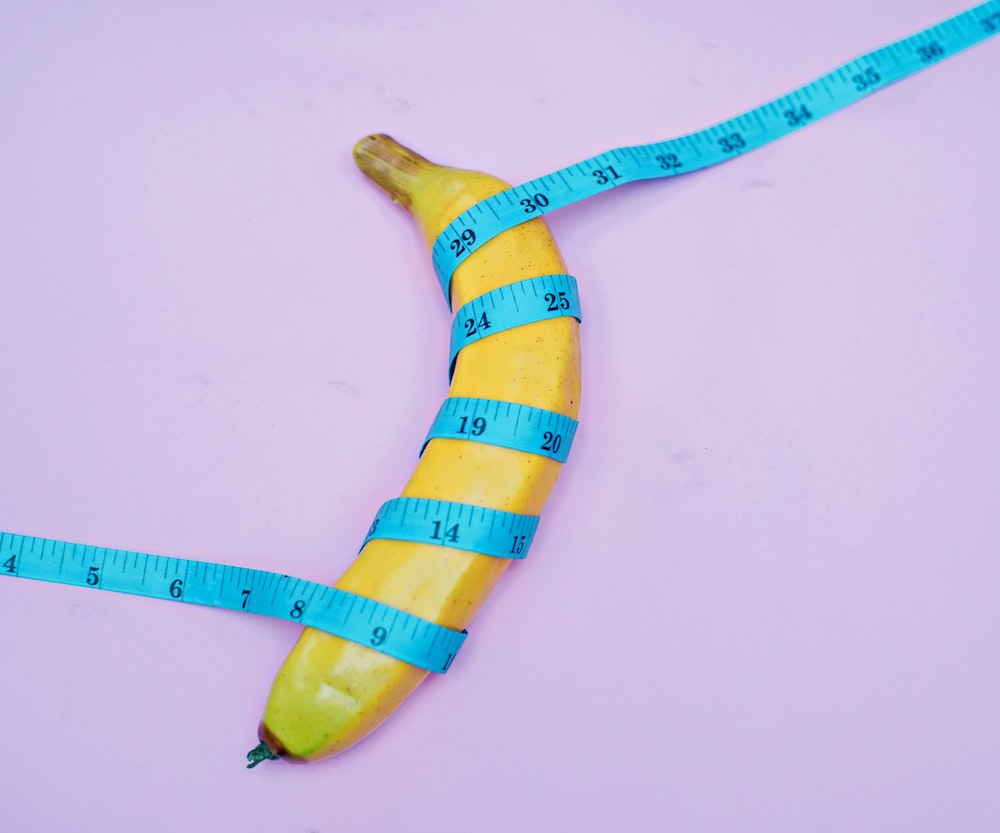 Last year, I was speaking with a client on the phone who wanted to work 1 on 1 with me, but told me:

“If it involves weighing, or counting, I’m not doing it.”

Thankfully, I told her we didn’t necessarily track “anything” in the way that she was used to.

Plus, there’s a huge downside here that most of us have felt. You know the feeling where you work extremely hard and stay “strict” on some kind of diet or plan, and then find yourself getting off track for one day, but when you go to weigh yourself, you find that you actually gained weight during that one day of being off track?

I mean, how’s that possible? Five days eating right, one day eating wrong, and the weight went up?

If we end up spending too much time tracking, it produces this kind of neurotic obsession with just looking at the numerical value of our weight at any cost, which naturally fluctuates anyway.

It’s stressful, it produces anxiety, and long-term, it only works for you if you find yourself able to stick with it.

Here’s the thing: we know that weighing and measuring “works” – like this study shows, which found that people that actively weighed themselves lost an average of five pounds more than people who didn’t.

Virtue #1: Track the right things, and don’t be a nut job about it.

I recently wrote an article on how to shift from tracking calories and weight, to instead tracking daily habits.

One thing that I found works miraculously well, is if you shift from weighing yourself or counting calories, to just keeping track of the food you eat, or just tracking your daily habits, you still get the same benefit that tracking gives you, without turning into a crazy person.

*Here’s the thing: tracking – in any form – works. The danger is in becoming neurotic through your tracking.

2. Trying Too Many Tactics to See What Works The next sin of weight loss is “plan hopping.” It’s no surprise that in 2016, we’re exposed to the largest amount of marketing messages in the history of humanity.

So when you see your weight loss stall and slow, it’s extremely tempting to just want to change to the newest plan that you see your friend melting fat on.

Here’s the problem: most of the time, if we keep changing plans rapidly, that doesn’t give us enough time to even see results.

When we keep hopping from plan to plan, we never really know if the plan could’ve worked, if we were just impatient, or if it really was a terrible plan.

The way I like to keep this in perspective is by using the “100 day rule.”

There are 675 things you could possibly try today to lose weight – which is scary.

How do you know which one works?

Besides personally taking them through a B.S. filter like the process I talk about here, the next thing is to commit for a minimum of 100 days to see results.

The reality is that you may see good results in the first 30 days, but the real barometer of success is what happens when you start seeing small, consistent progress over the longer time frame.

3. Putting Too Much Stock in Meal Replacements And Small Snacks One of the age old questions of losing weight was simple: should I eat a few big meals a day, or eat twice as many small meals a day?

Well, a study was done to try and figure out the difference, and here’s what they found: it really doesn’t matter.

In the particular study they took volunteers, and had them eat the same amount of calories, but one group ate three meals a day while the other group had six meals a day.

When you’re extremely busy, it’s tempting to just pound down some chalky protein shake or some cardboard-tasting power bar, or other kind of meal replacement, but it can almost become a huge crutch.

Virtue #3: Focus on real meals as best as you can.

For breakfast, which is usually a rushed part of the day, it’s natural to just want to throw back a protein bar or shake with your morning coffee, but there’s a better thing you can have every day which is just as fast: make a green smoothie.

You can literally leave the greens and fruits inside your refrigerator, throw them in the blender, and in 60 seconds actually have it ready to go (I just take the entire blender bottle with me in the car).

4. Worrying About Carbs – Instead of Just Eating the Right Ones Look, we know that low carb diets work – like this study that compared a low fat and low carb diet, and found that the low carb one worked better.

But here’s the thing: if you try focusing on just eating low carb, it often doesn’t work for the average person.

Personally, when I go out to eat, it feels weird and unnatural trying to eating some salmon and veggies without rice, or not having a little bit of bread and olive oil before the meal.

Now try imagining avoiding that stuff for good. The thought of it sucks a little bit, because it’s almost like “Why bother getting fit?” if it means avoiding all the stuff that tastes good?

Virtue #4: Do the carb swap (instead of avoiding them).

Since avoiding carbs outright is extremely hard to do (for life), one thing I do with people is just have them do the carb swap.

Rather than avoiding carbs or having a white bagel for breakfast, to gradually scale it down, just eat a wheat bagel.

Rather than having white rice, just eat brown rice.

And rather than having to remove everything that tastes good, just change the kinds of carbs you eat for the time being.

5. Thinking That “Just a Little” Won’t Kill You. It’s the world’s deadliest bargain we engage in with ourselves.

We’re at the party on a Friday night, and there’s a delicious, fresh table full of italian bread and some olive oil.

You know you’re supposed to avoid this stuff, but it smells so fresh, and is so soft and warm that you have to try a piece. “Just one slice.”

… Ten minutes later, you’re 1/4 a loaf in, already feeling the bloat coming on, regretting every step of the night.

In reality, “just a little soda” will kill you.

Just a little cake will mess up the night.

And just a little sugar will make things change.

Physically, they may not, but it’s a slippery slope before the habit begins to break down and the bad habits start showing up again.

Now, I’m not suggesting that you should never go off your plan, or not have cheat days, or any of this kind of stuff. The flexible approach almost always wins when it comes to achieving goals in life, and fitness is no exception.

But just try remembering this mindset.

The bread at the italian restaurant.

Virtue #5: Remember that habits are a slippery slope.

I haven’t had most sodas and things like coca cola in over a decade, and the reason is because I changed my identity from being a soda drinker, to self describing myself as “someone that doesn’t drink soda.”

At this point, it literally doesn’t matter how much peer pressure there is, how much soda is around me, or if I walk down the isle at the market. I just don’t drink it – ever – and as a result, I never break my streak.

But if I allowed myself, for example, to drink soda only while I was out eating with friends and family, or on the weekend, the chances of me regularly drinking it would go up – way up.

6. Turning Weight Loss Into a Black or White Equation

Except, of course, there’s the fact that it doesn’t work.

Not only is it extremely difficult to follow this advice, there are numerous other things that often go wrong when it comes to losing weight.

Where does time fit into that equation? Energy? Loving or hating exercise? Medical issues? Low thyroid?  A history of failing to lose weight?

It’s simple – these don’t fit anywhere in the equation, and that’s why the equation needs major updating. It neglects much of the most important stuff – the inner game – and the real barriers behind why many of us can’t get healthier.

Okay, so eating right and exercising is the core awesomesauce of weight loss, right?

Why not take time to sit down and actually figure out your own unique equation? If you hate eating chicken every day (and that’s what the trainer says), then eat fish.

If you hate running, then lift weights or go for interval walks.

If you find that time is your biggest excuse for not doing the things you need to do to get healthy, why not come up with a system for bypassing the excuse?

Rather than trying to fit into some random diet expert’s weight loss equation, create your own.

7. Doing Grueling Workouts, Instead of Ones That Motivate You I never understood this.

We read that running helps us lose weight, so we run – even though we hate it.

We read that eating rice cakes helps us lose weight, so we eat them – eat though we hate ricecakes.

And ultimately, we make the same bargain with the devil over and over. We assume that our discipline, willpower, and desire for the goal can outlast our distaste for the work involved.

… But does it ever work, if you truly hate the process?

How long can you force yourself to do it?

Here’s the bottom line: creating a daily routine filled with things you don’t like, will almost never get you to the goal you do like.

Virtue #7: Do the motivational swap.

Don’t run if you hate it.  Lift weights. Or do yoga, zumba, or a martial art. There’s an infinite number of possibilities, so I can’t understand why people force themselves to do things they hate in order to get to where they want to be.

Make sure to avoid these seven (extremely common) sins, and instead, focus on the seven virtues of weight loss.

Is there anything else you would add to these seven sins list?

Images: used with permission from freedigitalphotos.net

Previous Post: Can’t Figure Out What to Focus on To Lose Weight? Use the Jigsaw Puzzle Technique

Next Post: The 21 Day Tiny Habit Weight Loss Challenge. You in?