Because I know even though you might’ve been going after that health, weight loss, or physical fitness goal – you might’ve reached the point where you’ve given up.

And yes…that’s what I’m pissed off at you.

Almost always, behind it there’s some kind of story. “I always fail every time I try this…so why don’t I just not try this time, eat what I want, and enjoy my life? I might be dead tomorrow.”

Sometimes there’s an even deeper narrative of failure, “It’s genetic.”

We just use genetics as some kind of scapegoat, because it’s easier to blame an invisible force than it is to change.

But I know that you say these things just as a social convention, because deep down you still want to change, it’s just hard.

Today, I want you to try doing something different.

Choose to go after that dream again – no matter how many times it’s been messy in the past.

How to Keep Going (When You Want to Quit)

What would you say is the main narrative behind this for you?

How to Achieve any Weight Loss or Life Goal 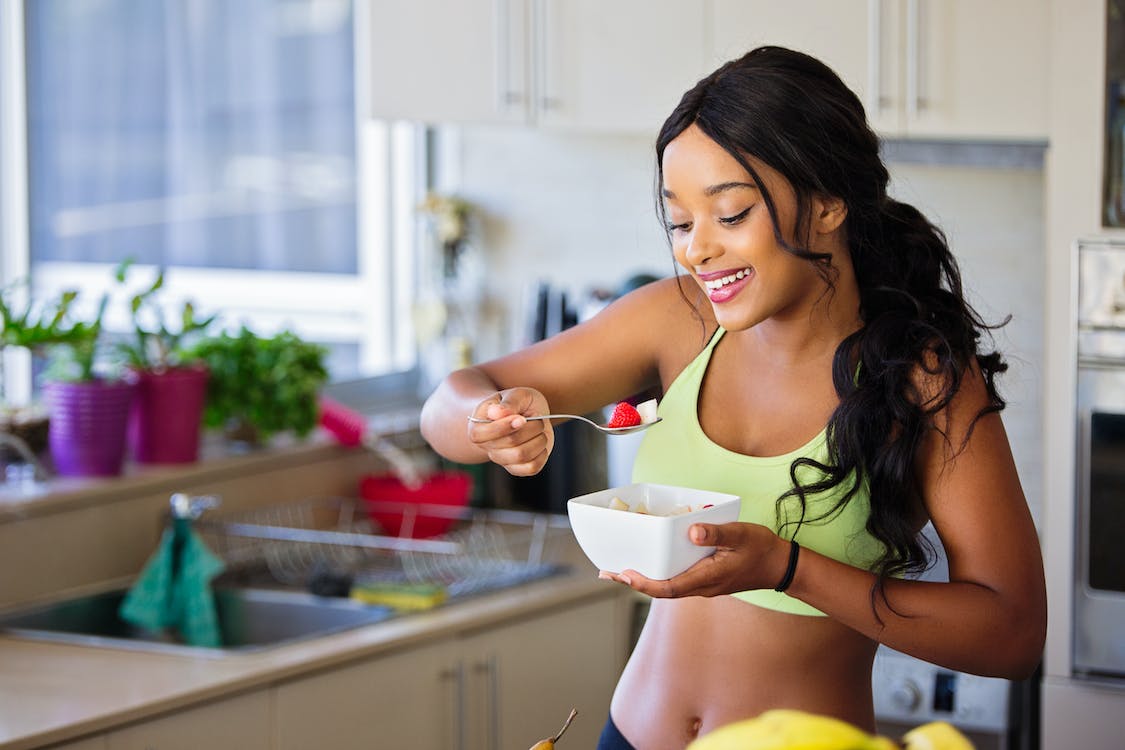 Why do you do what you do?

If you want to lose weight or get fit, or have a better relationship or be happier or build some kind of business or even achieve some kind of goal, why are you doing it?

You know, I recently talked to a client and she told me that she was considering giving up and she had no reason really to go on.

So I asked her this famous question: “Why are you doing it? Why did you start in the first place?”

All that stuff is complete BS. That doesn’t drive you to do great things.

He didn’t give a reason.

He just said, “Because it’s there.”

It really comes down to you knowing yourself. What is it that you value more than anything else in the world?

Remembering Why You Started In the First Place – Why Do You Want the Dream Body? Why is this goal — whether it’s losing weight or getting fitter, whether it’s some business, whether it’s travel — how does that goal help you live the life you really want deep down?

You know, there’s another famous story: the story of Buster Douglas who beat Mike Tyson, the famous boxer.

At that time, no one thought Mike could be beaten.

Buster Douglas’ mom had just died, he just got out of an alcohol recovery center for addiction, and his life was just completely crumbled.

And he made a promise to his mom that he would do this. So when he got punched in the face and knocked down, he got back up, because something deeper than just what you see was driving him.

A deeper why, much, much bigger than just winning the fight or just beating Mike Tyson.

If it were just to beat Mike Tyson, the best boxer, he probably would’ve lost.

But guess what: he didn’t. And the why — if you never saw behind the scenes — his why was that his mom was dead; the fact that he just got out of an alcohol recovery center; the fact that everything else was crumbling around him.

What it really comes down to is you understanding yourself.

You know, I can’t give you this formula for driving yourself and being motivated and inspired, and knowing what to do every single day to get yourself to achieve these goals.

There Are Always Speedbumps Listen, I wish there were a formula like this.

But as far as I know, there isn’t. The only formula is to know thyself, as the saying goes.

Maybe you want to get fitter because it means freedom from being criticized, from hating yourself, from food controlling your life.

Figure out what it is, the real why — the real, real, real why behind what you do.

It is almost never the first one, two, or three things you put down on that piece of paper. If you go through, if you start jotting them out, you’re going to say things like, “Yes, I want to feel more confident; yes, I want to look good for the beach.”

But keep going and you’re going to dig up much deeper things you never would have discovered. When I first started going to the gym about 10 years ago, I did it because I hated how I looked.

I hated that I didn’t think I had a girlfriend because of how I physically looked. But when I dug deeper- look, that will drive you, but that’s not going to get you to do something for over 10 years like I’ve been doing it now.

I hate when I walk around and I see people settling for crappy jobs, for bad health, for abusive relationships, for not going on the adventures and writing the books they want to write, or traveling to the places they want to see.

I hate it. I have an irrational fear of mediocrity. I’m afraid of it.

That’s what really drove me. It wasn’t my hatred of my body. It was really my irrational fear and hatred of living the average life.

And I think so many of us forget this: we go and pursue goals for shallow reasons — which is fine, but just remember this: if what drives you is shallow, the roots of your motivation will be shallow too.

They’re not going to drive you when you get up against those roadblocks.

When you get up against those walls and those thorns in the path, they’re just not going to drive you, they’re not going to help you get there.

So you need to figure out why, truly why you are driven to achieve the health and life goals you want.

The Two Most Important Days in Your Life

I’m going to leave you with a quote from Mark Twain where he said: “The two most important days of your life are the day you are born, and the day you find out why.” Inside Dream Body, this is one of the big things we go into.

If it were so easy all you needed to have was a recipe guide and a workout plan, anyone who could google those things would be fit and happy with how they looked and felt.

It’s about re-writing that failure narrative within first, and then the crunchy tips and tactics.

Other images used from Picjumbo.com

Previous Post: How to Trick Yourself Into Eating More Veggies (3 Daily Habits)

Next Post: 5 Habit Lessons From 5 Successful People That Lost Up to 50 Pounds